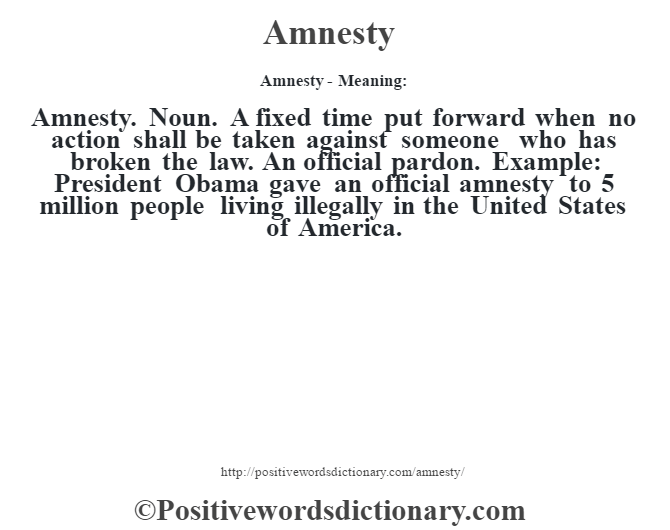 Amnesty. Noun. A fixed time put forward when no action shall be taken against someone who has broken the law. An official pardon. Example: President Obama gave an official amnesty to 5 million people living illegally in the United States of America.