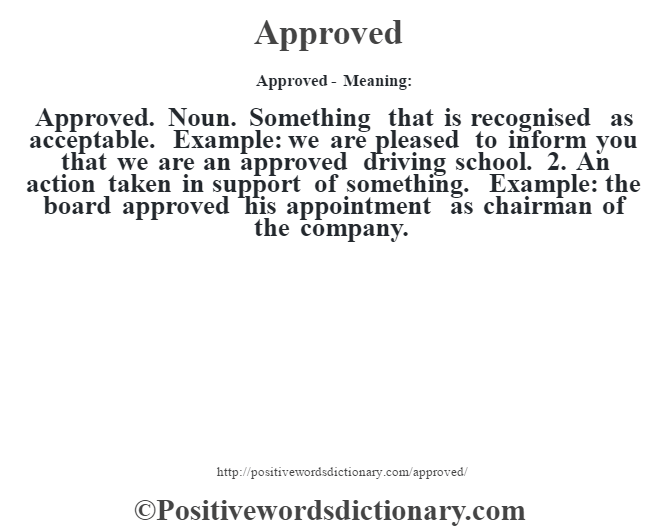 Approved. Noun. Something that is recognised as acceptable. Example: we are pleased to inform you that we are an approved driving school. 2. An action taken in support of something. Example: the board approved his appointment as chairman of the company.