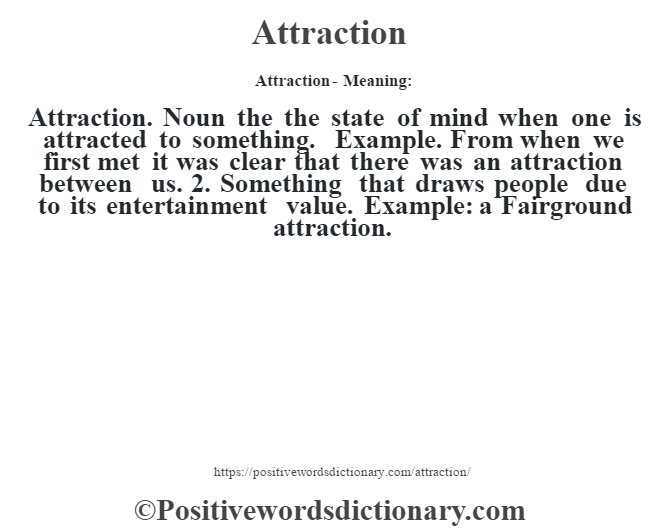 Attraction. Noun the the state of mind when one is attracted to something. Example. From when we first met it was clear that there was an attraction between us. 2. Something that draws people due to its entertainment value. Example: a Fairground attraction.