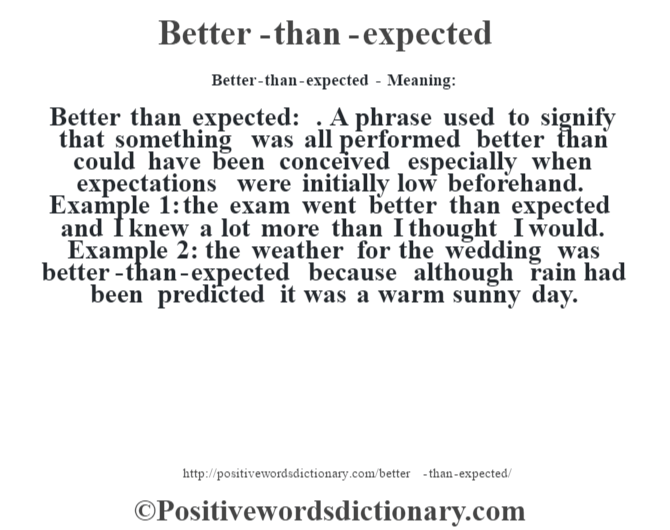 Better than expected: . A phrase used to signify that something was all performed better than could have been conceived especially when expectations were initially low beforehand. Example 1: the exam went better than expected and I knew a lot more than I thought I would. Example 2: the weather for the wedding was better-than-expected because although rain had been predicted it was a warm sunny day.