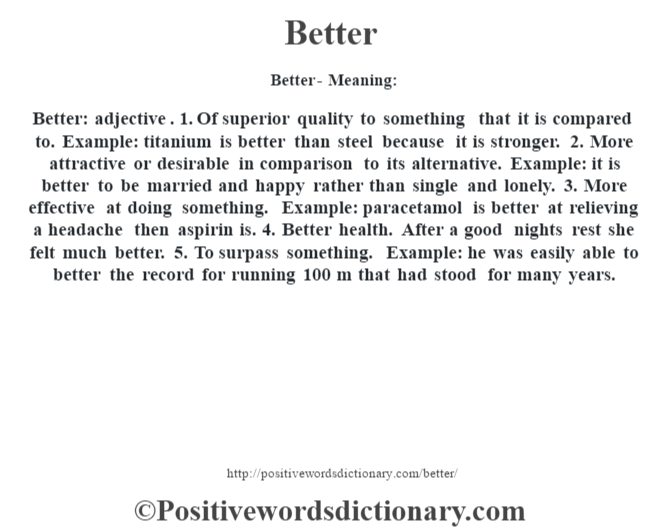 Better: adjective. 1. Of superior quality to something that it is compared to. Example: titanium is better than steel because it is stronger. 2. More attractive or desirable in comparison to its alternative. Example: it is better to be married and happy rather than single and lonely. 3. More effective at doing something. Example: paracetamol is better at relieving a headache then aspirin is. 4. Better health. After a good nights rest she felt much better. 5. To surpass something. Example: he was easily able to better the record for running 100 m that had stood for many years.