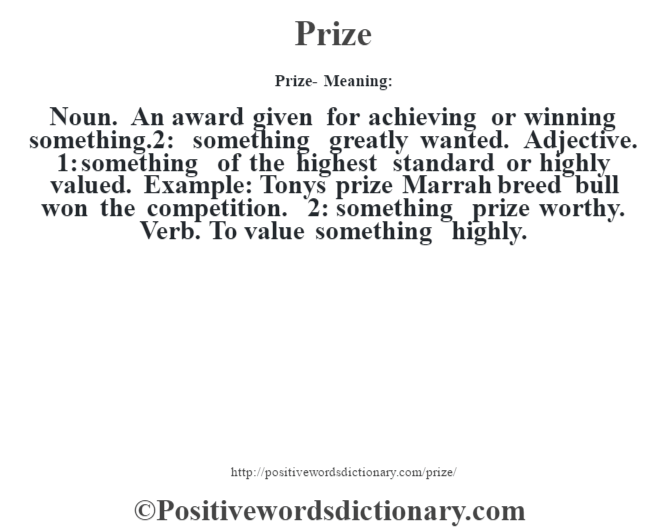 Noun. An award given for achieving or winning something.2: something greatly wanted. Adjective. 1: something of the highest standard or highly valued. Example: Tonys prize Marrah breed bull won the competition. 2: something prize worthy. Verb. To value something highly.