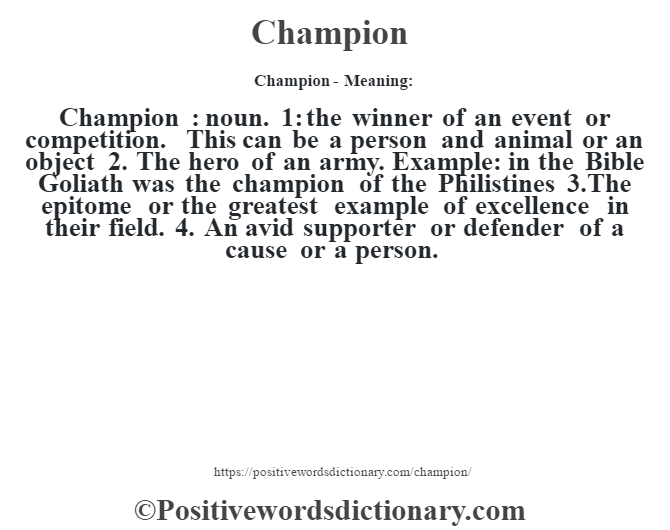 Champion : noun. 1: the winner of an event or competition. This can be a person and animal or an object 2. The hero of an army. Example: in the Bible Goliath was the champion of the Philistines 3.The epitome or the greatest example of excellence in their field. 4. An avid supporter or defender of a cause or a person. 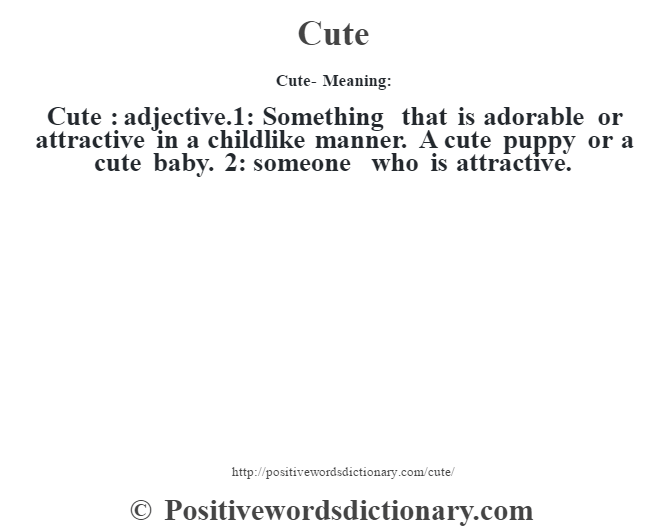 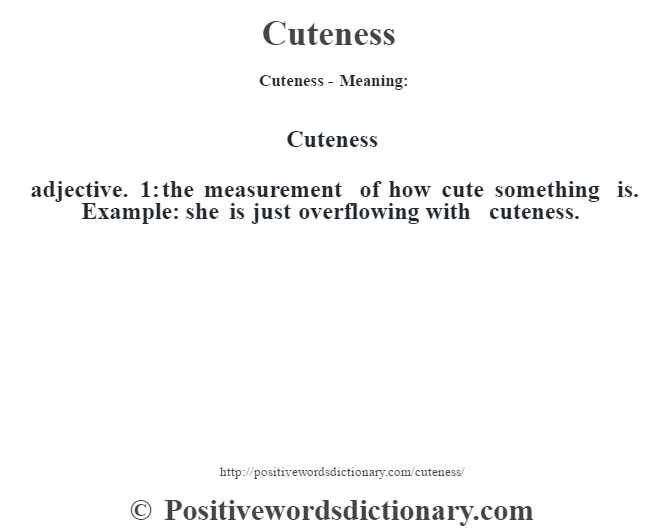 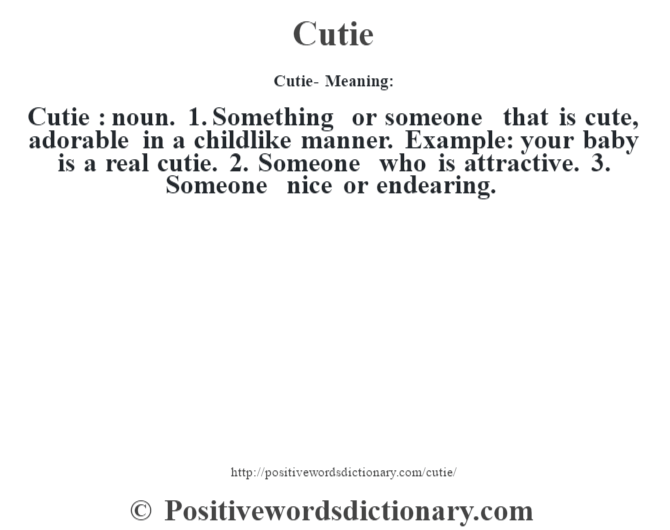