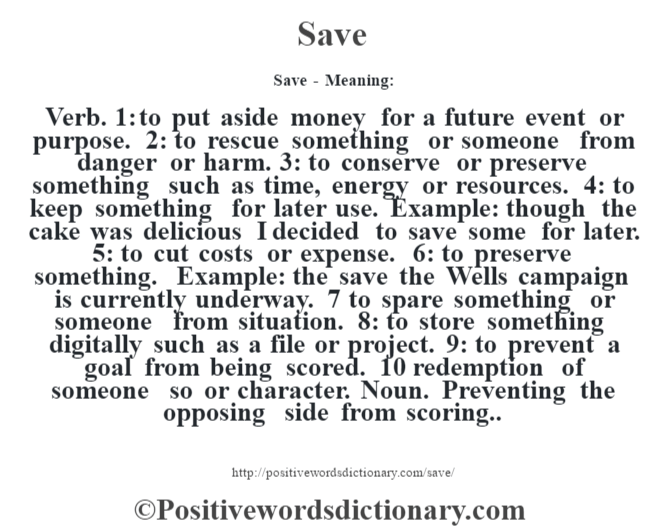 Last Updated on August 9, 2016 by MrPositive

Verb. 1: to put aside money for a future event or purpose. 2: to rescue something or someone from danger or harm. 3: to conserve or preserve something such as time, energy or resources. 4: to keep something for later use. Example: though the cake was delicious I decided to save some for later. 5: to cut costs or expense. 6: to preserve something. Example: the save the Wells campaign is currently underway. 7 to spare something or someone from situation. 8: to store something digitally such as a file or project. 9: to prevent a goal from being scored. 10 redemption of someone so or character. Noun. Preventing the opposing side from scoring..